What about..Litter training your rabbit!

What about..Litter training your rabbit! 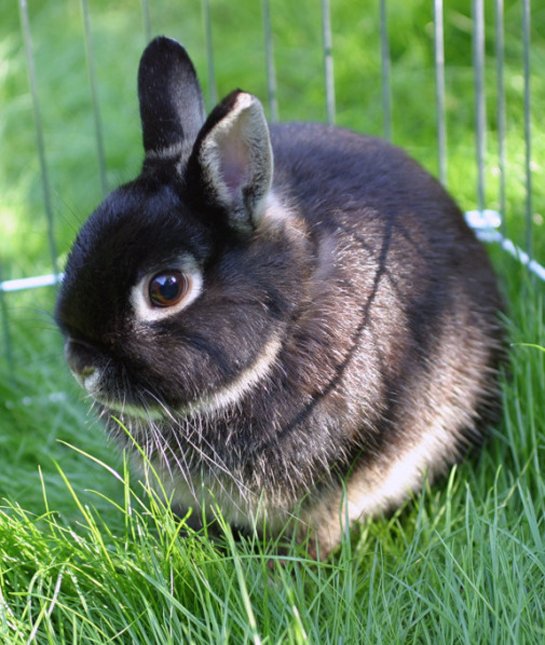 Processing…
Success! You're on the list.
Whoops! There was an error and we couldn't process your subscription. Please reload the page and try again.

People have the idea that rabbit will litter all over the house. But to the contrary, rabbits make wonderful house pets. They’re great companions, and can be litter box trained.

Keep in mind….It’s a good idea to get your rabbit spayed/neutered in order to ease territorial feelings. If you choose not to spay/neuter your rabbit. There is no way to stop the urge to mark their territory.

Below is a list of steps for litter training your new rabbit.

1. Use at least 3 topless cat litter boxes. You can also use a a shallow storage tub.

For litter, use recycled paper litter or shreded newspapers can be used as well. This litter will neutralize any unpleasant urine odors. Do not use clay-based or clumping litter because of the potential harm to your rabbits’ respiratory system. Also avoid wood shavings of any kind.

Put a thin layer of litter at the bottom of the box. It should be just enough to absorb wetness. Use just a little because you will need to dump the litter everyday and too much is a waste of litter.

Rabbits like to eat hay and potty at the same time. So to promote good litter box habits, place hay either directly in the box over the litter or place it in a hay box next to the litter box. If you use a hay box, position it so the rabbit must hop into the litter box in order to reach the hay.

It’s easiest to develop good litter box habits in rabbits by limiting their space at first. Use a puppy pen to confine your rabbit to one area, even if you intend to give him/her free reign of your home eventually. This allows your bunny to get acclimated to the area in the beginning. Once your bunny consistently uses the litter box, you can gradually expand the area. If your rabbit starts “forgetting” to use the litter box, then limit the space again until good habits resume.

Here are a few other tips for those stubborn, “outside-the-box” bunnies:

Litter training your pet rabbit takes patience and persistence. But in the end, you’ll have a wonderful companion to share your home with.